Free Delivery On orders over £50 in UK mainland

Trusted British Brand Founded in 2016 and based in the UK

Exclusive Designs Only available at DUSK.com

All Bedding, Bathroom & Accessories will be delivered by Evri. Our Standard Delivery via Evri typically takes between 3 to 5 working days. We also offer Next Working Day delivery on these products for an additional charge.

Please read the full details of the delivery services we offer here.

We believe everyone should be able to enjoy luxury beds and bedding and accessories without spending a fortune.

We design and source all of our own exclusive collections, meaning we can produce bedding of the highest quality and at the best price.

Since 2016, our hard-working team have been proud to design luxury, yet affordable bedding that has transformed bedrooms across the UK into ultimate sanctuaries of relaxation.

We offer bedding created with the highest quality materials sourced from around the globe. By designing and sourcing all of our own products, we craft unique collections and pass on the savings directly to you.

At DUSK, we’re proud to create unique and timeless designs to ensure that everyone can take pleasure in the benefits of luxury bedding and we aim to provide this at an affordable price for all.

We’re proud to use only premium materials that are hand-picked by our dedicated team who all work incredibly hard to craft unique collections with a personal touch.

It’s no secret that us Brits are a nation of interior design lovers. In fact, each of us spends on average £500 a year redesigning our homes, with the bedroom being one of our main areas of focus.

Swapping out your greying old sheets for some beautiful new bedding, changing the cushions and adding a textured throw can breathe life into your bedroom, infusing your space with the latest styles. But what fabrics and furnishings does your UK region favour? And does your county follow the crowd or are you more daring in your designs? The team here at DUSK have sifted through the stats to discover how each area likes to dress their bedrooms. 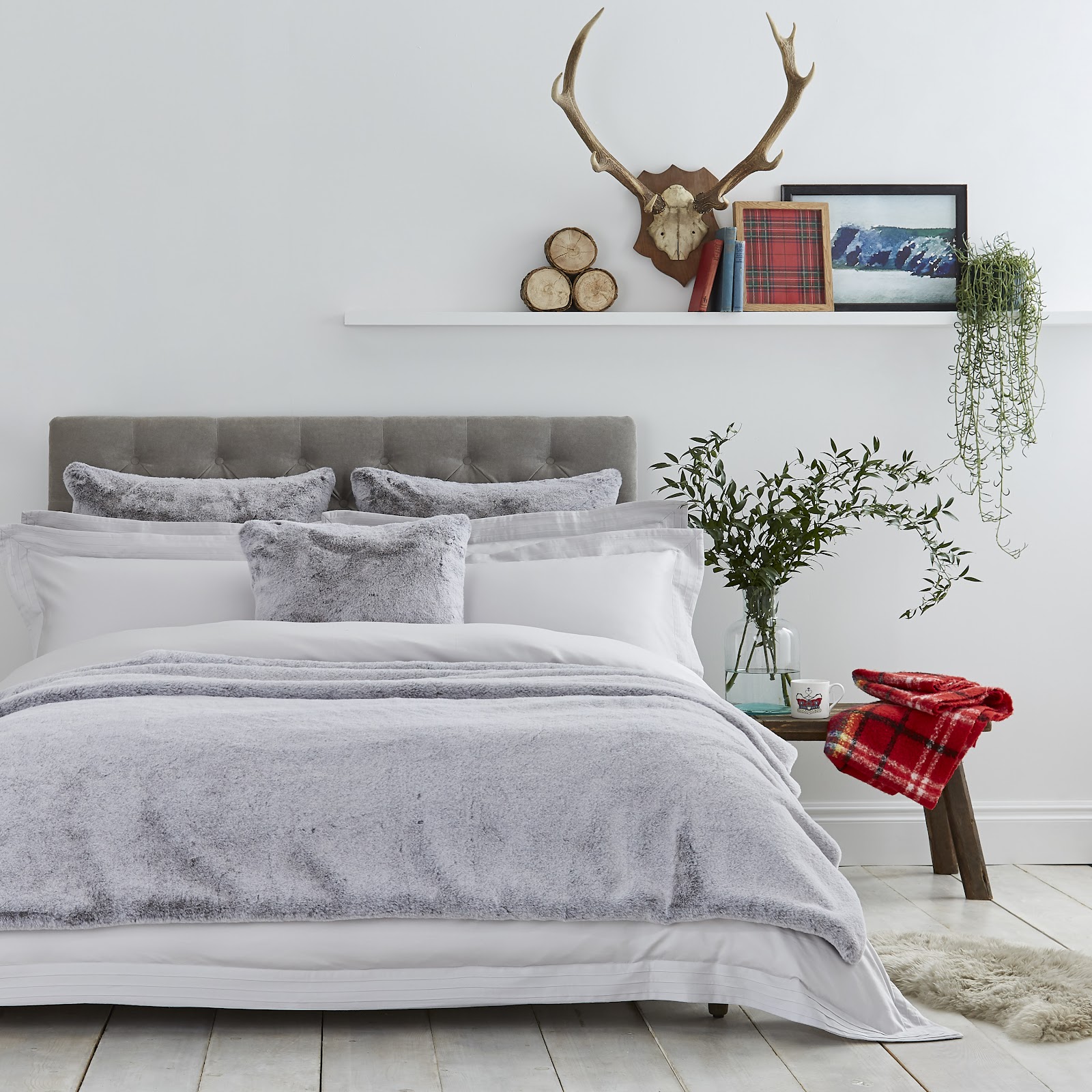 The home of haggis, bagpipes and whisky, Scotland is also known for its dramatic landscapes, deep lochs and historical sites. The Scots are proud of this rich and fascinating past, so it probably comes as no surprise that they tend to take a wee bit of a traditional approach when designing their bedroom decor.

While fur may be synonymous with the sporran and wall-mounted game, it’s a common sight in Scottish bedrooms — the faux variety, of course. With 10% of the UK’s faux fur purchased here, you can expect to find snuggly Highland warmth from Dumfries to Dunnet.

Northern Ireland is often celebrated for its stunning natural scenery but this region, namely Belfast, remains famous for one of its most spectacular achievements: the Titanic. Hailed as history’s most lavish and luxurious ship, it seems those in Northern Ireland expect elevated levels of comfort in their bedrooms, too.

As one of the highest spending regions in the UK, our Northern Irish counterparts snooze under the country’s most sumptuous quilts. In fact, 88% of households here opt for a minimum of 9-tog, peacefully drifting off under the most decadently-filled duvets.

Liverpool, Manchester and The North West

The North West has inspired generations of writers, from authors like Beatrix Potter to poets such as William Wordsworth. Despite these big names, it seems those who live in this region favour a more modest bedroom, with residents from Cumbria to Cheshire investing in quality quilts and humble bedding.

One in five homes here opt for duck down, which while luxurious, is a more affordable alternative to goose. What’s more, 35% of North West residents decide to encase their duvets in 200 thread-count bed linen. 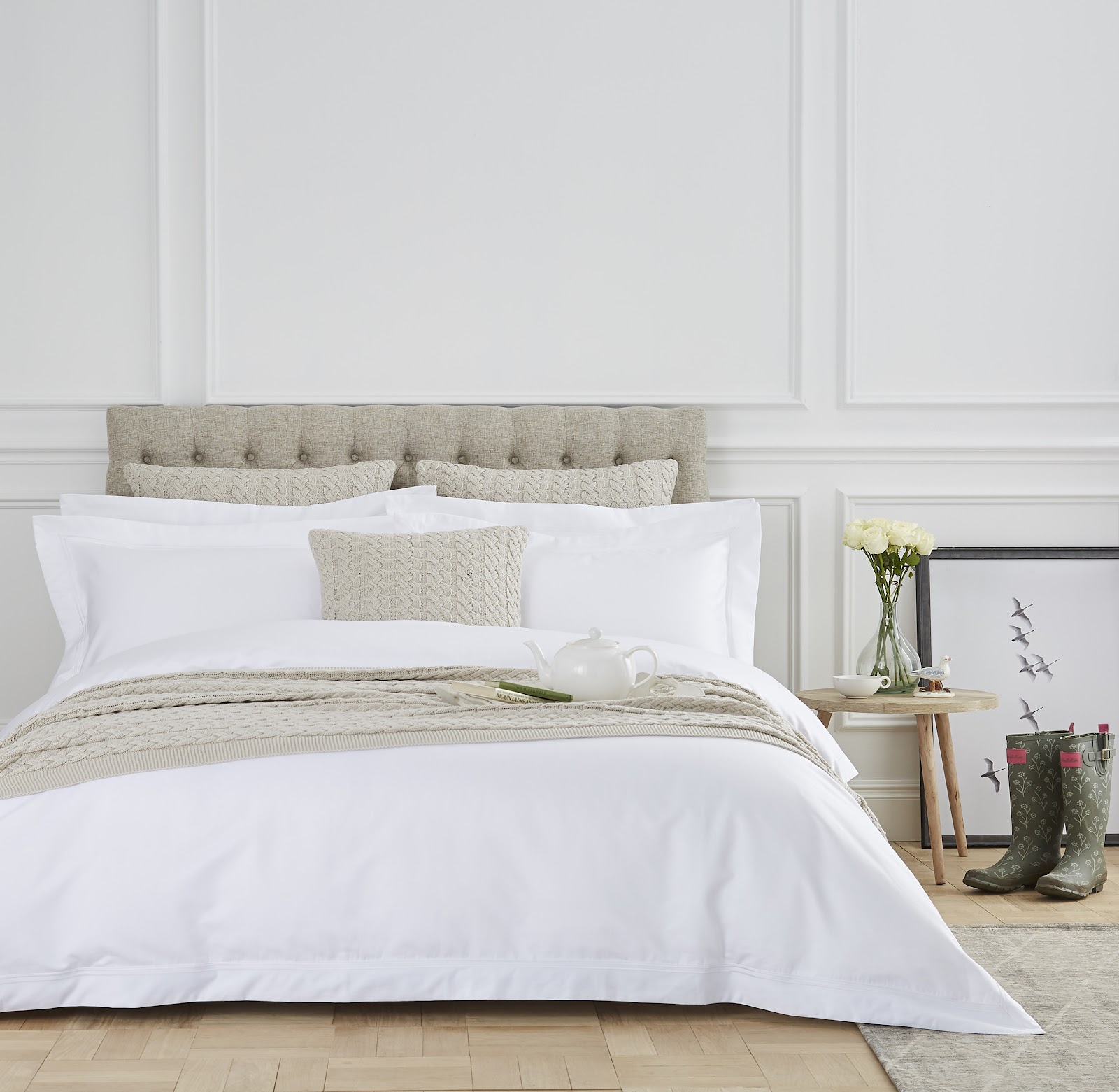 The birthplace of the Yorkshire pudding, this region is home to the Viking city of York, areas of rugged beauty like the North York Moors and of course, Yorkshire folk. They also hold true to their frugal Yorkshireman roots, consistently choosing to style their bedrooms in the warmest and most efficient way.

While Yorkshire likes its comfort, this region really loves designing a bedroom that’s as economical as possible. With 33% of homes investing in the thickest 13.5 tog duvets, there’s no need to pay for huge heating bills here. That’s sure to keep t’ chill at bay! 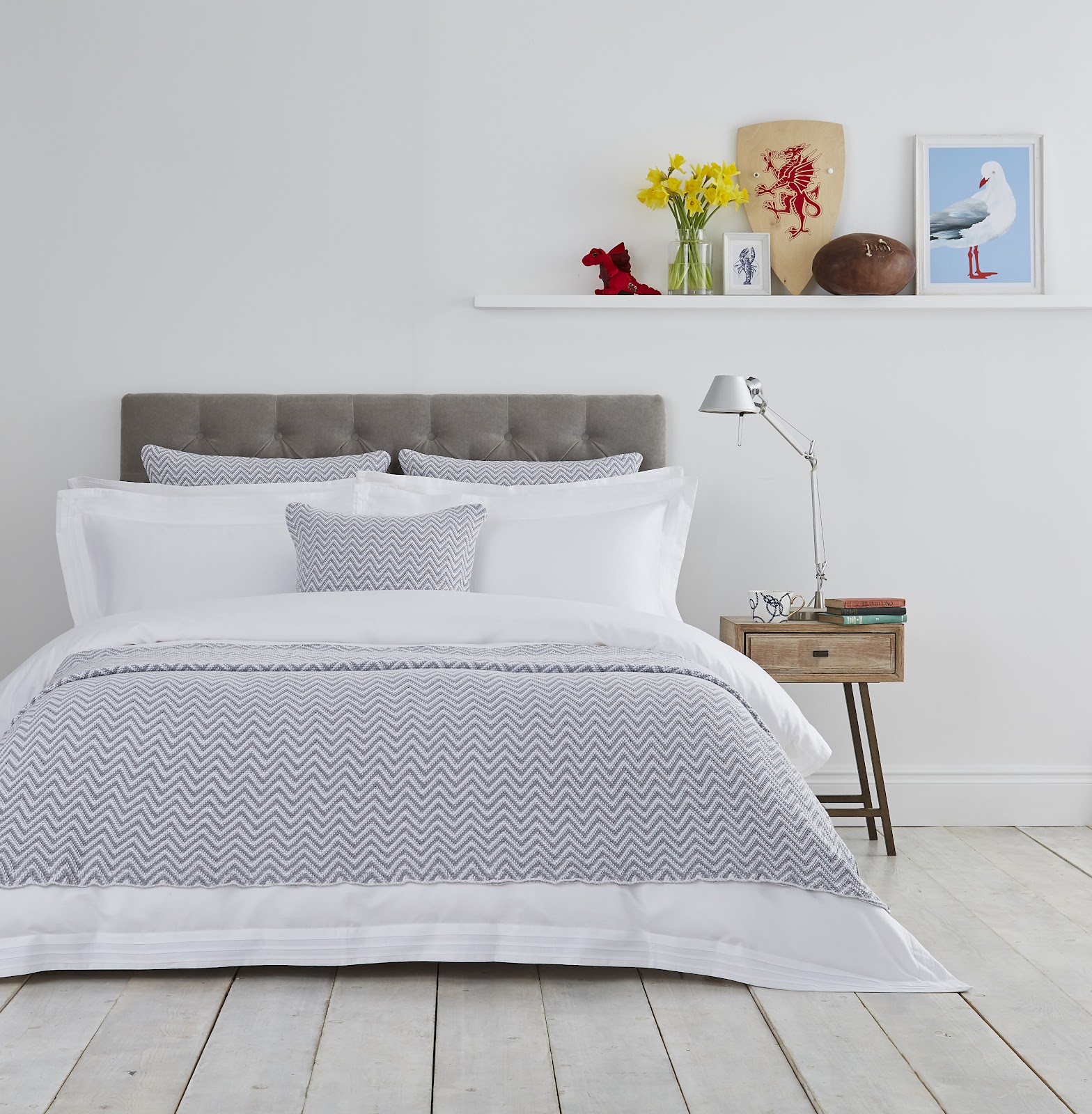 Wales is a unique corner of the UK, with the Welsh celebrating their very own Valentine’s Day (Dydd Santes Dwynwen) and claiming the longest place name in any English speaking country. So, you may be surprised to learn that the Welsh have simple tastes when it comes to styling their bedrooms.

The Welsh are less interested in ostentatious finishes than anywhere else in Britain, instead keeping their cool with cotton duvet covers. In fact, over one third (33%) of boudoirs forgo silky finishes in favour of classic fabrics and timeless touches.

From charming Cornish villages and beautiful beaches to classic cream teas and pasties, there’s no wonder the South West is one of the most popular spots for a staycation. But it seems the white sandy beaches of Porthcurno and Brean Down have seeped their way into the region’s bedrooms.

Perhaps due to the prevalence of seaside towns like Torquay, the South West lays claim to the largest proportion of hotel-worthy white bedding in the UK. Almost half (49%) of households have white bed linen, while 75% take care of their guests with superior king and super king bedding. Just try to avoid “mentioning the war” to one of this region’s most notorious hoteliers.

Essex and The South East Whether in the coastal settings of Brighton and Bournemouth, or historic cities like Reading and Oxford, the South East is arguably one of Britain’s prettiest regions. With the GC being one of the area’s most recognisable inhabitants, it’s no shocker that from Essex to Southampton, this area's bedrooms feature some of the most diva-worthy designs.

Those in the South East put a lot of effort into their bedding, spending more on their soft furnishings than anywhere else in the country. You’ll also find a particular shade graces these boudoirs, with 20% of South East homes opting for pretty pink duvet sets.

So, how does your bedroom compare to the rest of your region? Do you have an average bedroom for your area? Or are you more bold with your boudoir designs?

We’d love to hear how you’ve styled your space. Let us know over on Instagram or Facebook!